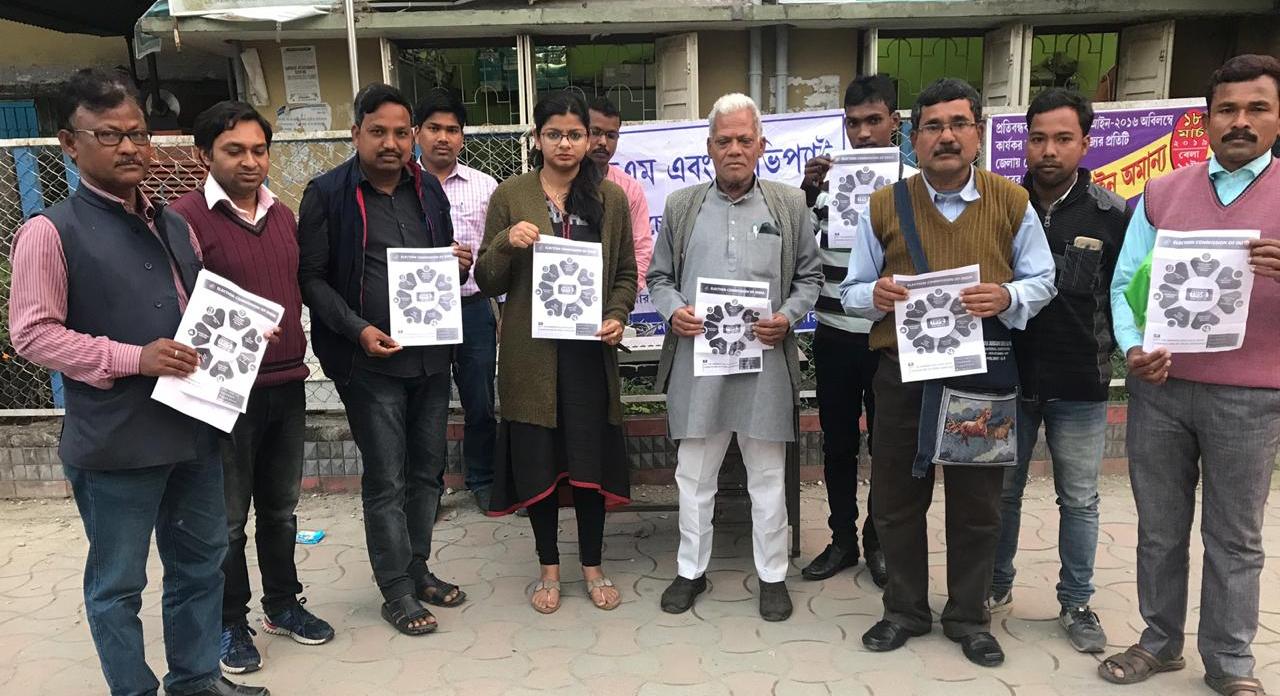 Alipurduar I Development Block is located at 26°31′21″N 89°32′37″E and has an area of 196.22 km2. Headquarters of this block is at Panchkalguri. Siliguri is 150 km to its north-west. Alipurduar town, is 16 km away from the headquarter. Falakata is towards the east and Kalchini towards the north. The nearest airfield is CoochBehar airport. The nearest major railway station is at New Alipurduar Junction.

Public housing programme in the country started with the rehabilitation of refugees immediately after independence and since then, it has been a major focus area of the Government as an instrument of poverty alleviation. Rural housing programme,as an independent programme , started with Indira Awaas Yojana (IAY) in January 1996. Although IAY addressed the housing needs in the rural areas, certain gaps were identified during the concurrent evaluations and the performance Audit by Comptroller and Auditor General (CAG) of India in 2014. These gaps, i.e. nonassessment of housing The shortage, lack of transparency in selection of beneficiaries, low the quality of the house and lack of technical supervision, lack convergence, loans not availed by beneficiaries and weak the mechanism for monitoring was limiting the impact and outcomes of the programme. To address these gaps in the rural housing program and in view of Government’s commitment to providing “Housing for All’’ by the scheme 2022, the of has IAY has been re-structured into Pradhan Mantri Awaas Yojana –Gramin (PMAY-G) w.e.f. 1st April 2016.

PMAY-G aims at providing a pucca house, with basic amenities, to all houseless householder and those households living in kutcha and dilapidated house, by 2022. The immediate the objective is to cover 1.00 crore household living in kutcha house/ dilapidated house in three years from 2016-17 to 2018-19.The minimum size of the house has been increased to 25 sq.mt (from20sq.mt) with a hygienic cooking space. The unit assistance has been increased from Rs. 70,000 to Rs. 1.20 lakh in plain and from Rs75,000 to Rs 1.30 lakh in hilly states, difficult areas and IAP district. The beneficiary is entitled to 90.95 person day of unskilled labour from MGNREGS. The assistance for construction of toilet shall be leveraged though convergence with SBM-G, MGNREGS or any other dedicated the source of funding. Convergence for piped drinking water, electricity connection, LPG gas connection etc. different Government programmers are also to be attempted.

A willing beneficiary is to be facilitated to avail institution finance up to Rs.1,20,000 (Rupees One Lakh Twenty Thousand ) which would be monitored through the SLBC, DLBC and DLBC.

Who will get the benefit ?

Once of the most important features of PMAY-G is the selection of beneficiary. To ensure that assistance is targeted at those who are genuinely deprived and that the selection is objective and verifiable, PMAY-G instead of selecting a the beneficiary from among the BPL households selects beneficiary using housing deprivation parameters in the Socio Economic and Caste Census (SECC), 2011 date which is to be verified by the Gram Sabhas. The SECC data captures specific deprivation related to housing among households. Using the data households that are houseless and living in 0,1 and 2 kutcha wall and kutcha roof houses can be segregated and targeted . The Permanent Wait List so generated also ensures that the states have the ready list of the household to be covered under the scheme in the coming years (through Annual Select Lists) leading to better planning of implementation. To adders grievances in beneficiary selection an appellate process has also been put in place.

Towards better quality of construction, setting up of a Nation Technical Support Agency (NTSA) at the national level is envisaged. One of the major constraints in quality house construction is the lack of the sufficient number of skilled masons. To address this, a pan-India training and certification programme of Masons has been launched in the States/UTs. This will, in addition, and career progression for rural masons. For timely construction/completion to ensure good quality of house construction, it has also been envisaged to tag a PMAY-G the beneficiary with a field level Government functionary and a Rural Mason.

In PMAY-G, programme implementation and monitoring is to be carried out through an end to end e-Governance model- Using AwaasSoft and Awaas App. While AwaasSoft is a work –flow enabled, web-based electronic service delivery platform through which all critical function of PMAY-G, right from identification of beneficiary to providing construction linked assistance (throghPFMS),will be carried out; AwaasApp-a the mobile application is to be used to monitor real time, evidence based progress of house construction through date and time stamped and georeferenced photographs of the house. The tow IT application help identify the slip ups in the achievement of targets during the course of implementation of the programme. All payments to beneficiary is to be through DBT to beneficiary’s Bank/post office accounts registered in Awaas Soft MIS

The programme implementation is to be monitored not only electronically, but also through community participation (Social Audit), Member of Parliament (DISHA Committee), Central and State Government officials, National Level Monitors etc.